Alan Darnowsky is running for Congress in Ohio’s Second District. He needs signatures of Democrats and Independents to get on the Democratic primary ballot. He will be having a petition signing party this Saturday. Come by, say hello, and sign!

IMPORTANT ELECTION DATES AND DEMOCRATIC CANDIDATES IN THE MAY 3RD PRIMARY

The Ohio primary is Tuesday, May 3, 2022. Be sure to check your registration here. The deadline to register for the May primary is April 4th. You may register online here.

Apr. 4     Deadline Registration for Voting in May Primary
Apr. 5     Absentee Voting Begins and ends May 2
Apr. 30   Deadline to request a ballot
May 2     Absentee Ballots must be Post Marked
May 3     Primary Election Day
May 13   Absentee ballots returned by U.S. Mail must be postmarked no later than May 2 and received by boards of elections by this date to be counted.

Be sure you’re registered and VOTE!

“Ohio Democrats are proud to endorse Rep. Tim Ryan, Justice Jennifer Brunner and Judges Marilyn Zayas and Terri Jamison, and we’re excited about the strong candidates we have running. We’re confident we have a strong, diverse ticket coming out of the primary elections that will show voters we’re on their side and lead us to victory in November,” said Chair Walters.

At the request of both candidates, ODP’s Executive Committee did not endorse in the race for governor.

“We respect Mayor Cranley’s and Mayor Whaley’s request for the party not to endorse in the governor’s race. We’re confident that our eventual nominee will provide Ohio voters a much better alternative to the failed leadership and corruption coming out of Mike DeWine’s statehouse,” said Walters.

The Executive Committee will meet again in March to consider endorsements in the other statewide races.

WHAT’S NEW FROM CLERMONT TO COLUMBUS AND BEYOND

Disposable paper cups, most plastic cups, and aluminum cups are now accepted in all curbside bins and public recycling drop-off dumpsters in Clermont County, regardless of the hauler. Examples of the newly accepted material include paper and plastic beverage cups from fast-food restaurants (Starbucks, McDonalds, etc.), plastic souvenir cups, and aluminum cups such as those used at many stadiums and some dedicated outdoor refreshment areas (DORAS). READ MORE

Ohio still has billions of American Rescue Plan Act (ARPA) funds on the table, and advocates are calling for a public planning process to ensure the needs of communities are met. $2.7 billion of the more than $5 billion allotted to the Buckeye State have already been assigned. READ MORE

OHIO SUPREME COURT TO REDISTRICTING COMMISSION: WHY SHOULDN’T WE HOLD YOU IN CONTEMPT?

Chief Justice Maureen O’Connor signed an entry in all three of the lawsuits against the ORC on legislative redistricting, asking Gov. Mike DeWine, Secretary of State Frank LaRose, Auditor Keith Faber, Senate President Matt Huffman, House Speaker (and commission co-chair) Bob Cupp, state Sen. (and commission co-chair) Vernon Sykes and House Minority Leader Allison Russo, to explain the “failure to comply with this court’s February 7, 2022 order,” and why they shouldn’t face anything from fines to jail time, the consequences for contempt of court. READ MORE

PRESIDENT’S DAY: FROM THE WHITE HOUSE TO THE BALLOT BOX

As we celebrate Presidents’ Day 2022, we’re taking a look at four key inflection points for voting rights when the head of state either stepped up or failed to meet the moment, whether within their control or not. READ MORE

WHAT WILL RUSSIAN RECOGNITION OF BREAKAWAY UKRAINE REGIONS MEAN?

Russian President Vladimir Putin told the French and German leaders on Monday that he planned to sign a decree recognising two breakaway regions in eastern Ukraine as independent. Here’s a look at the implications for the wider crisis, in which the United States says Russia may be poised to invade Ukraine with a force of up to 190,000 troops it has massed near its neighbour’s borders. READ MORE

WORD FROM THE CHAIR – RAYMOND LEMBKEIt is tempting to think of Clermont County as this anomalous Republican enclave where our Party has dropped the ball. That image is particularly tempting when we compare ourselves to Hamilton County next door, which is now a Democratic County. Unfortunately, Clermont County is in Ohio’s political mainstream by many measures. READ MORE 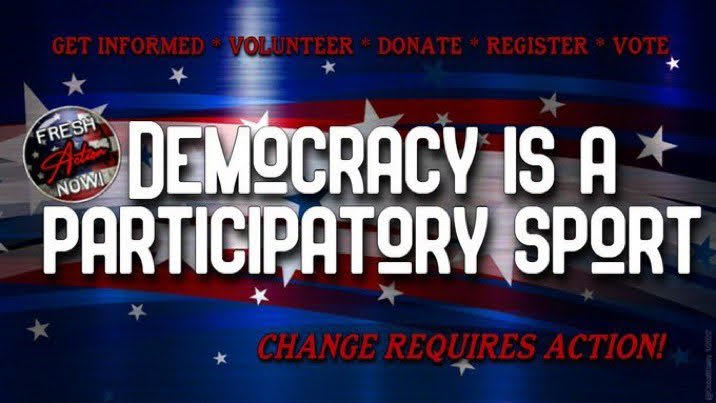 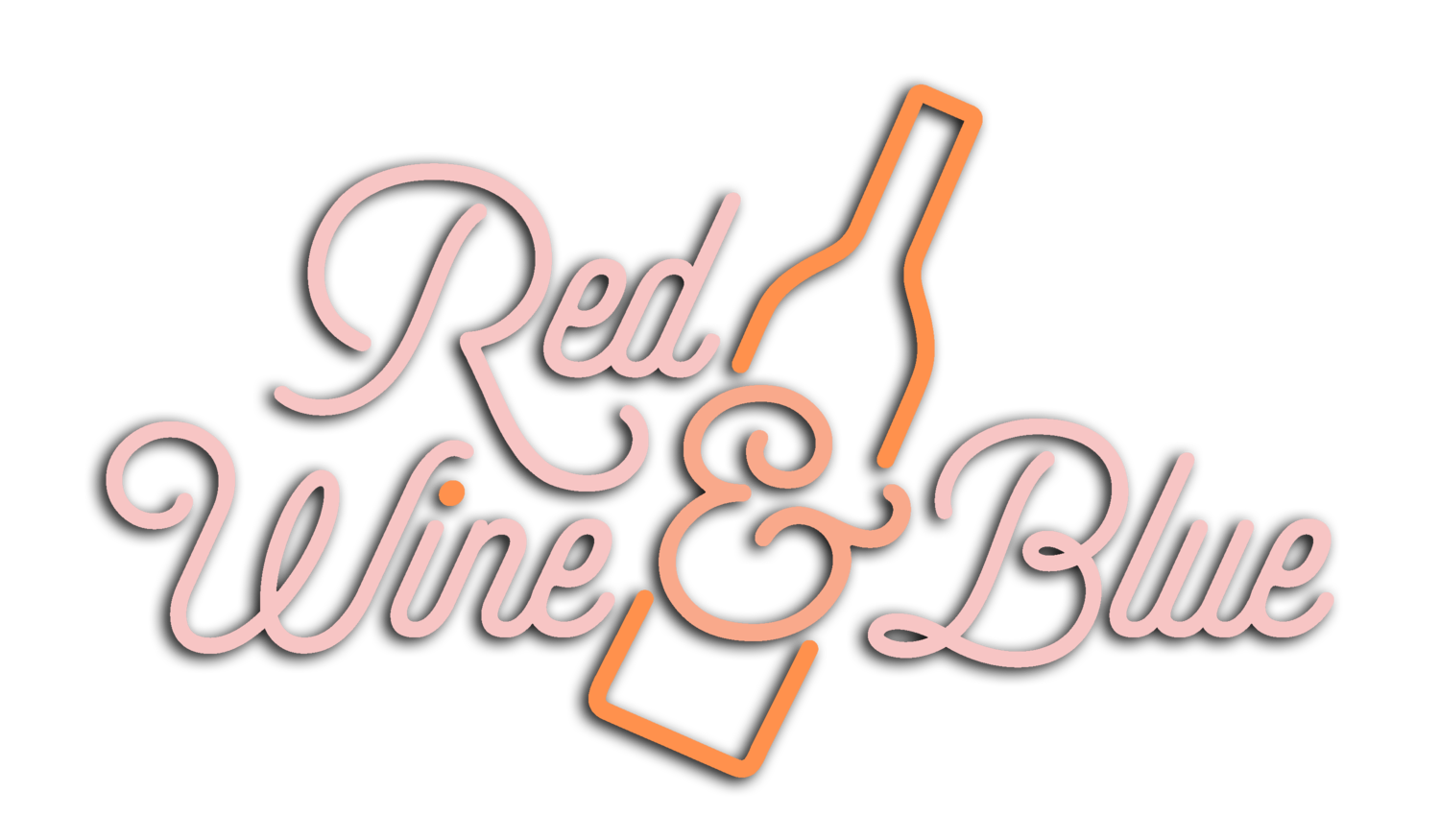 Katie Paris, Ohio resident and the founder of Red Wine and Blue — a national network of like-minded, mostly Democratic suburban women — believes the only way to fight back the increasingly vitriolic rhetoric from parents whose protests over mask mandates and diversity education have turned school board meeting rooms into battlegrounds, is to present a calm face to counter the angry groups that have dominated and disrupted board meetings and in some cases threatened officials. Her network of more than 300,000 women recently broadened its focus to fight the rising number of book bans across the country, launching a case trackeron Jan. 31, and is running training sessions to help women testify and manage highly charged government meetings. Democracy is a participatory sport. To find out how to get involved sign up for their newsletter here. Red, Wine & Blue was featured in the Washington Post here.

Applications for our next cohort of the LEAD Ohio Campaign Staff Academy are open!

Democracy is a participatory sport. Campaigns require more than strong, well trained candidates to win elections. Campaign managers and staff play an important role to ensure campaigns are organized and effective, and we need more of them in Ohio. This training program is specifically tailored for current and future campaign managers and campaign staff. Whether you are working on a school board race or have your sights set on managing a candidate for Congress, the skills we teach and the network you’ll build in this Academy will be extremely valuable.

The Campaign Staff Academy will be hosted over the course of 8 weeks. In person is in Columbus, Ohio and we typically do 8-8.5 hours in a single day, but for virtual learning we’ll do about 3 hours on Saturday and 3 hours on Sunday because Zoom fatigue is a real thing. Training dates are as follows:

Each class builds on the last, so it’s important to attend ALL classes. The training is free and you may apply here.

This is an organization you can participate in as an individual or a group. Postcards to Voters are friendly, handwritten reminders from volunteers to targeted voters giving Democrats a winning edge in close, key races coast to coast.

What started on March 11, 2017 with sharing 5 addresses apiece to 5 volunteers on Facebook so that they could mail postcards to voters in Jon Ossoff’s race grew in one month to 1,200+ volunteers nationwide and over 51,000 postcards mailed.

Now, we consist of over 75,000+ volunteers in every state (including Alaska and Hawaii) who have written close to 8 million postcards to voters in over 200 key, close elections. Democracy is a participatory sport. If you are a candidate and would like Postcards to Voters to support your campaign you must apply. For information about writing postcards go here. 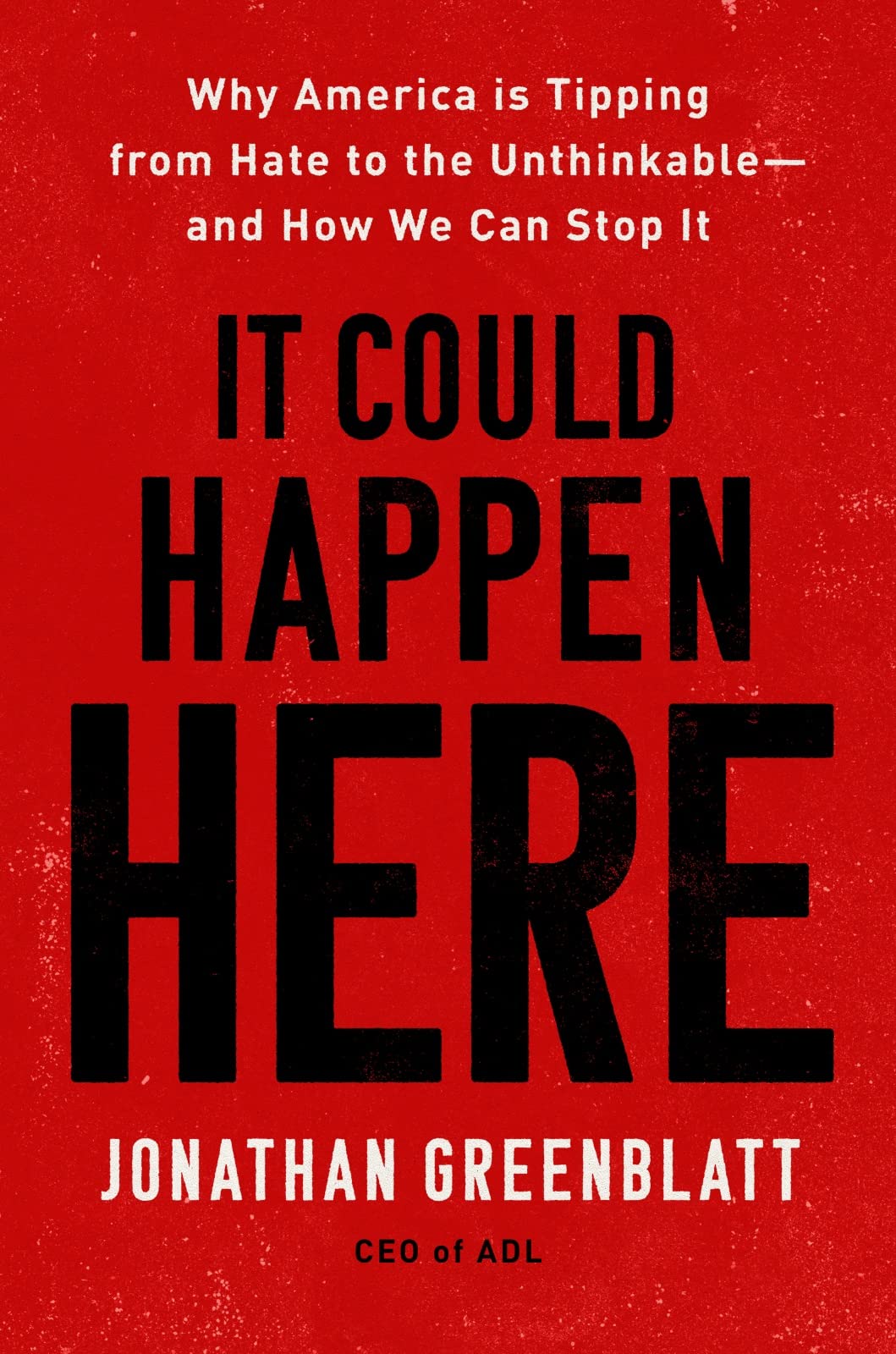 It Could Happen Here: Why America Is Tipping from Hate to the Unthinkable―And How We Can Stop It by Jonanthan Greenblatt

It’s almost impossible to imagine that unbridled hate and systematic violence could come for us or our families. But it has happened in our lifetimes in Europe, the Middle East, Africa, and Asia. And it could happen here.

Today, as CEO of the storied ADL (the Anti-Defamation League), Jonathan Greenblatt has made it his personal mission to demonstrate how antisemitism, racism, and other insidious forms of intolerance can destroy a society, taking root as quiet prejudices but mutating over time into horrific acts of brutality. In this urgent book, Greenblatt sounds an alarm, warning that this age-old trend is gathering momentum in the United States—and that violence on an even larger, more catastrophic scale could be just around the corner. READ MORE

You can find where to get vaccines and booster shots in Clermont County here.

Residential households in the U.S. can order one set of #4 free at-home tests from USPS.com. Here’s what you need to know about your order:

For information for COVID19 testing in Ohio go here.
For more information about the numbers in Ohio, what precautions you need to take and where you can find resources for testing, mental health assistance and employment visit the Ohio Department of Health Coronavirus Portal 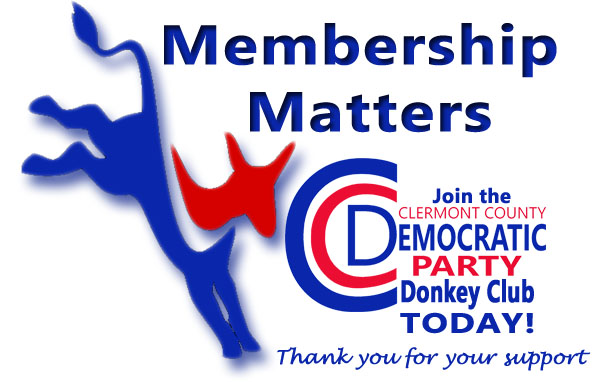 Your Clermont County Democratic Party believes the economy should work for everyone, diversity is a strength, health care is a right, facts and truth matter, fair and effective government is fundamental, and justice is for ALL. We strive to cultivate and elect public servants who reflect these beliefs. There are two ways you can impact Clermont County Democratic Party with donations: (1) Monthly contributions help us manage our yearly expenses. (2) Annual donations in any amount are welcome. Whether it’s a one-time contribution or a recurring monthly contribution we appreciate your support. Join online by clicking the Donation button below or join by mailing a check made out to CCDP PO Box 475, Batavia, Ohio 45103 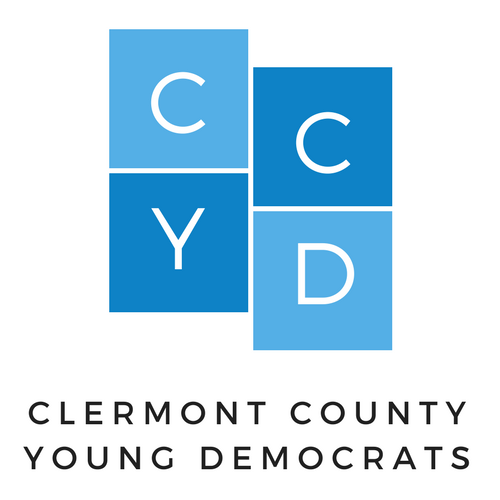 The Young Dems are having a happy hour at Jungle Jim’s Wednesday night, Feb. 23rd, at 6:30. Please join us if you are available!

Quin-T Democrat Club’s next meeting is Thursday, April 7, 2022 at 7:00 p.m. David Pepper, former Chair of the Ohio Democratic Party and author, will be the guest speaker. He will be discussing his most recent book Laboratories of Autocracy. Details forthcoming.

To give you a sneak preview here’s Sam Seder interviewing David Pepper on The Majority Report.

Reminder: per the Ohio Democratic Party’s directive in-person meetings are suspended due to increases in COVID cases overwhelming our hospital systems. Please contact the leaders of our Democratic clubs to find out their meeting arrangements.

Below is a listing of Democratic groups in Clermont County. Due to the concerns about COVID19 it is a challenge to schedule in-person meetings. Remember this is temporary. We will get through this! Click on the name of each club and it will take you to their website or Facebook page with updated information about meetings. Some groups are conducting virtual meetings while others are looking to outside locations.

This is your newsletter. We welcome you to submit news items, events, book reviews or anything else you feel is important to advance our Democratic values in Clermont County.

Next issue will be published Tuesday, March 8, 2022. Deadline for submissions for the next issue is Friday, March 4, 2022. Send your submission with “CCDP Newsletter” in the subject line to our newsletter editor Cheryl Richards at: cheryl1richards@gmail.com

Share the newsletter with your friends and encourage them to sign up for our bi-weekly newsletter at clermontdems.org