Planting season is almost here. Across our state, farmers have prepared all winter to begin the hard work of growing the food that feeds the world.  In Ohio, agriculture supports one in every eight jobs. And over the past two years, Ohio farmers and producers have faced and overcome unprecedented challenges. The pandemic combined with years of chaotic policy in agriculture made it harder for farmers to do what they do best – produce high-quality food and get it to market.

ICYMI: Republicans Have Turned Ohio into a Soap Opera

Columbus, OH — In case you missed it, Washington Post columnist Gary Abernathy took a deep dive this week into all of the chaos created by Republicans in Ohio right now. No news to Ohioans: Our state is broken thanks to the failed leadership of Ohio Republicans and now the rest of the country has taken notice.

Over the past year, my office has heard from thousands of Ohioans across the state about their experiences with delayed mail and packages. I’ve also heard from frustrated small business owners who are concerned because their customers have not received orders… 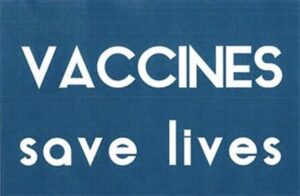 Just click on the link below to sign up for one.  Do your part to help get COVID under control.

The Clermont County Democratic Party strives to elect Democratic Candidates and promote Democratic issues that reflect our commitment to social and economic justice, environmental stewardship, and effective government. By raising awareness of our party and its core beliefs through meetings, forums, trainings, social events, and community service, we will strengthen our community and create a more balance electorate.

You can live the American dream right here in Clermont County.