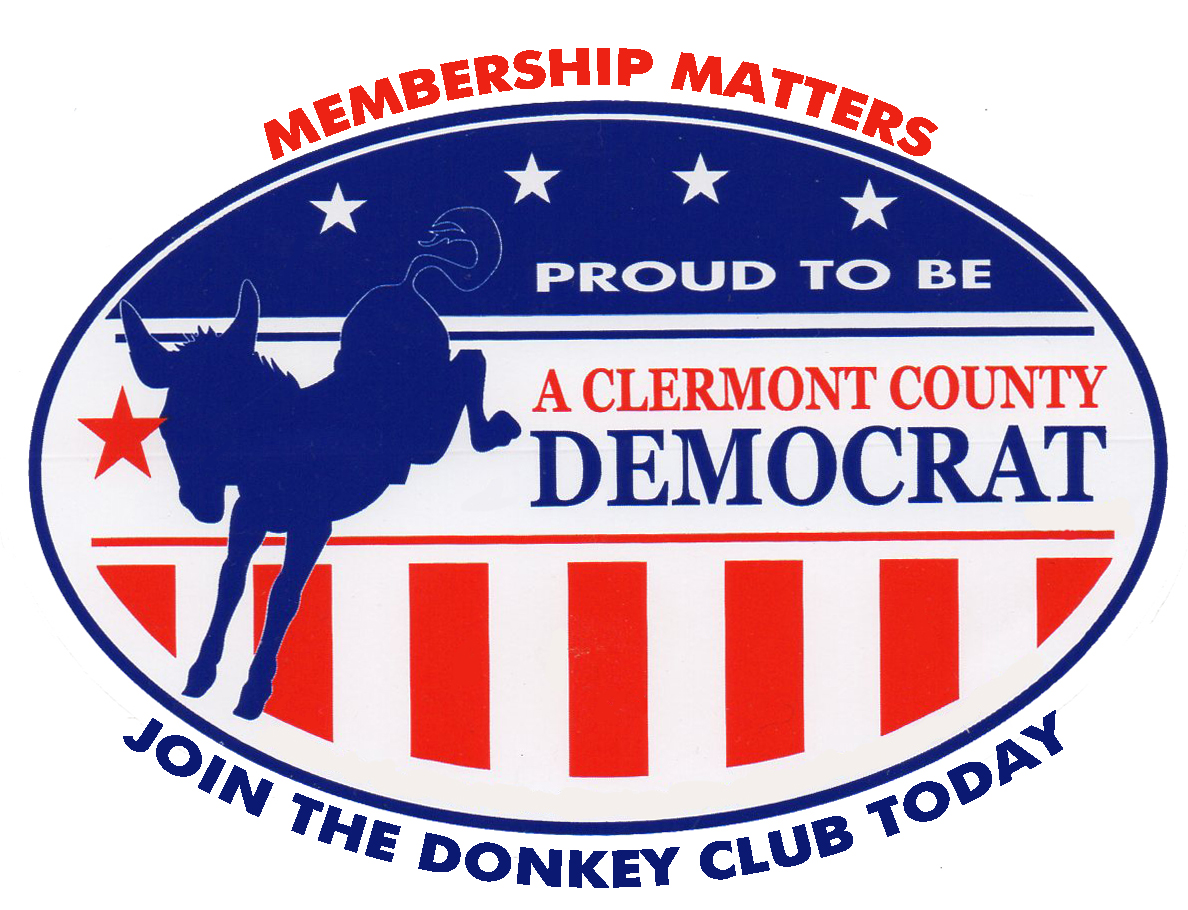 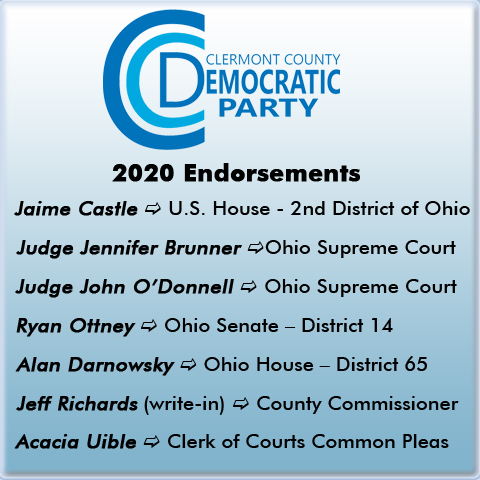 New Richmond was front and center in the abolitionist movement of the 1800s. The village is home to multiple sites with a connection to the Underground Railroad.

Many of those sites have markers placed by either the state of Ohio, Clermont County or the National Park Service as part of its National Underground Railroad Network to Freedom. Two locations have that designation: the location of the offices for James Birney’s, The Philanthropist, an abolitionist newspaper, and the entire New Richmond riverfront; the location was the scene of several documented slave escapes. Read more.

The fact there are contested primary races in Clermont County could be seen as a first step toward breaking up the local GOP’s sycophantic culture. Traditionally, candidates who did not get the county GOP endorsement used to drop out to avoid a primary. Read more.

Democrats including Ohio’s U.S. Sen. Sherrod Brown criticized a new Trump administration Medicaid plan as a backdoor way to cut the program’s spending and jeopardize health care for the people it covers. The director of the Center for Medicare and Medicaid Services, Seema Verma, described her agency’s new Healthy Adult Opportunity initiative as a “groundbreaking new policy” that would provide “an innovative and historical approach to surmounting Medicaid’s structural challenges.” Read more.

Flipping the Ohio Supreme Court and making inroads within the Statehouse chambers was already going to be a challenge for Democrats in 2020. A money disadvantage will make things even tougher. The party is being outraised and outspent by its opposition, campaign finance reports show. Read more.

In explaining her vote to acquit donald trump on the impeachment charges, Maine Senator Susan Collins said that she thought trump had learned a “pretty big lesson.” He did, but not in the way Senator Collins meant. He has learned that his belief that rules don’t apply to him is correct. It is, simply, frightening to think what lesson trump will draw if he is re-elected in November. We already know that trump and his enablers view the Constitution as an 18th Century anachronism to be overcome or ignored. Why would we think that he holds the 22nd Amendment in any higher regard? Presidents in many other countries have successfully circumvented constitutional term limits. It is self-deception to think that it can’t happen here. Read more.

First check to make sure you’re registered to vote. Ohio has participated in purging voter rolls so check here to be sure you’re still registered. To vote in the March 17 presidential primary you must be registered to vote by February 18, 2020. If you find you’re not registered or need to register for the first time you can register online here or register in person at the Clermont County Board of Elections, 76 S. Riverside Dr., Batavia, OH 45103, phone 513-732-7275 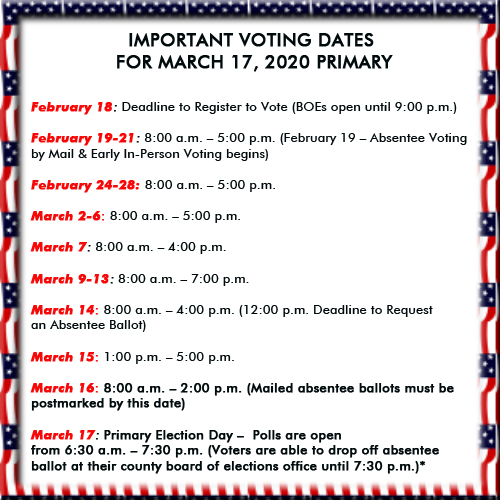 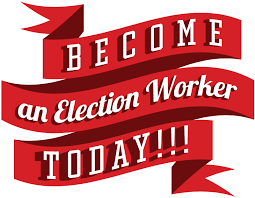 Everybody loves postcards! And postcards to voters and our representatives are easy and are proven effective. Here are two online groups you can join to make a difference. 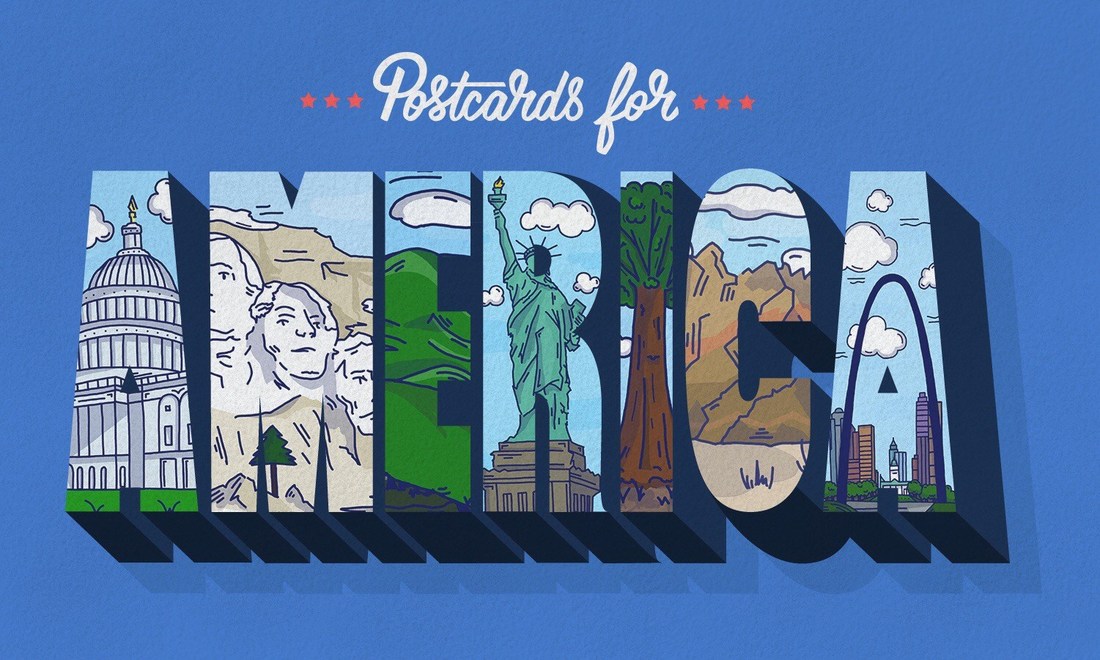 It’s a new day in the USA and we must take action and fight for our rights! Let YOUR Senators and Reps know your STATE of mind! We’ve been doing this since 10 days after the Election – and it WORKS! Influence policy with Postcards for America to elected officials at all levels. In-depth actions and addresses. Plus, action is the antidote to despair!

ACTION: We send postcards to each of our own Senators and Representatives at National and State level. Postcard (or Electronic Postcard) them about suggested topics which are kept updated.

Postcards for America gives you PC2As (Postcard Calls to Action) on key bills, topics and issues so you have all the info you need to write your Reps about your concerns.

The Democratic statewide ticket has two excellent candidates running for Ohio Supreme Court, Judge Jennifer Brunner and Judge John P. O’Donnell. On November 3, 2020 it will be determined by the outcome of these two races which party has control over the Ohio Supreme Court. These two races will decide whether Republicans or Democrats control a court that will almost certainly have a role in deciding congressional and legislative district lines for the next 10 years. In other words, it’s a battle over whether districts are gerrymandered or not.

Judge Jennifer Brunner serves as one of 8 state appeals court judges of the Tenth District Court of Appeals located in Franklin County, Ohio. She previously served in elective office as a Common Pleas Judge (2000-2005) and Ohio Secretary of State (2007-2011).

In 2008 Brunner received the bipartisan John F. Kennedy Profile in Courage Award, the nation’s most prestigious award for elected public servants, for what Caroline Kennedy called, “her dauntless commitment to the enfranchisement of every Ohio voter” while serving as Ohio’s Secretary of State. She holds 17 years private law practice experience as well as state government experience in the Ohio Senate and the Secretary of State’s office as a staff attorney.

Judge Brunner has assisted foreign governments with rule of law and self-governance matters, including anti-corruption and judicial reform consulting in the Republic of Serbia, election observation in the Arab Republic of Egypt and providing legal training in the Socialist Republic of Sri Lanka.

Brunner has launched “JUSTICE FOR THE PEOPLE”, a grassroots project to bring Ohioans together. This unique campaign initiative seeks from Ohioans contributions of ideas, stories and mementos about Ohio, along with the participation of volunteer artists, including Judge Brunner, herself, to assemble these items from Ohioans into works of art, holding regional exhibitions that will also serve as organizing events.

The Republicans are out raising the Democrats by ten to one. It is crucial that we support our Democratic candidates. You can donate to Judge Brunner’s campaign here.

Bloomberg campaign hosts round table discussion on the opioid epidemic

SAVE THE DATE
PANCAKE BREAKFAST 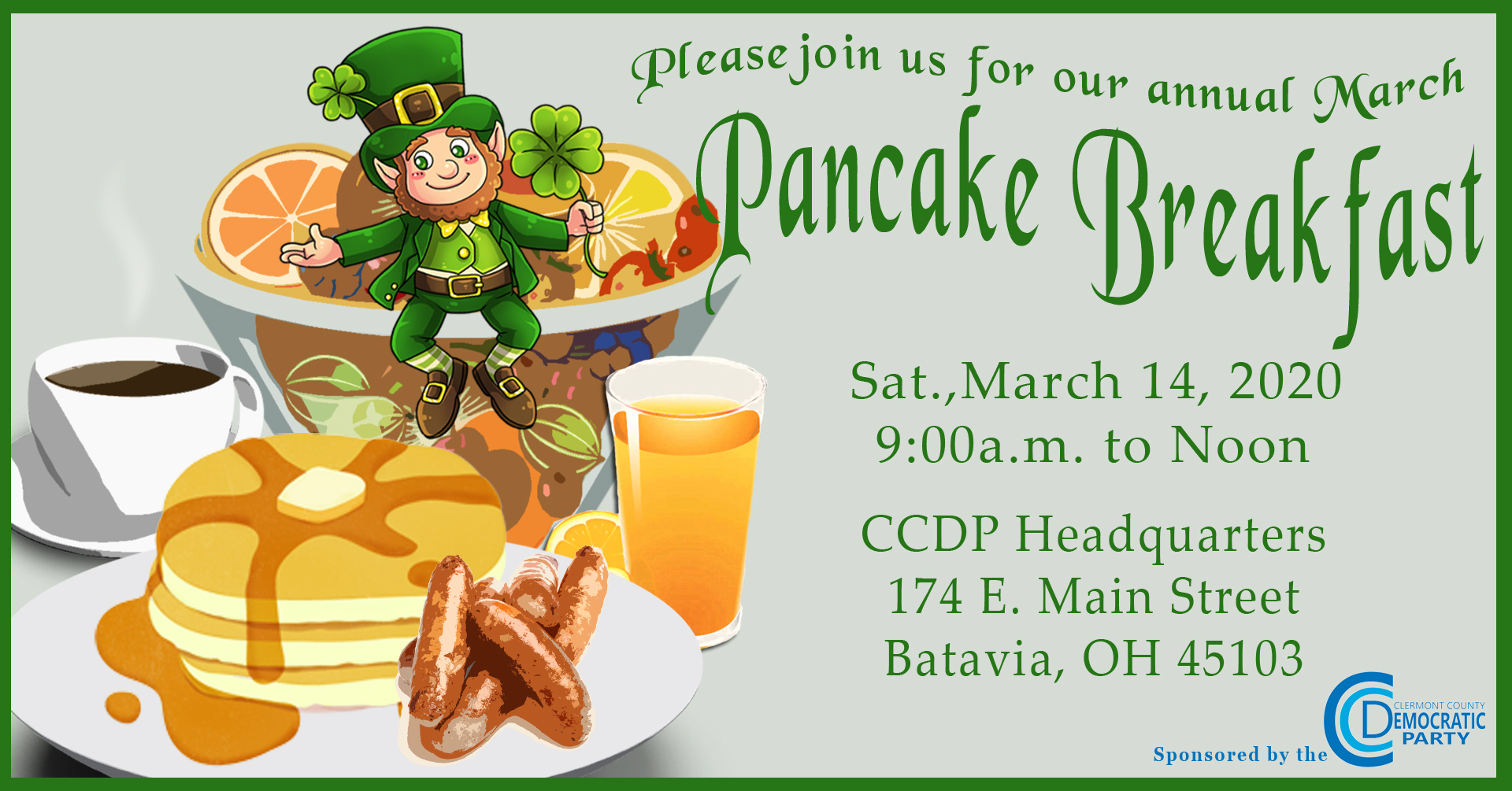 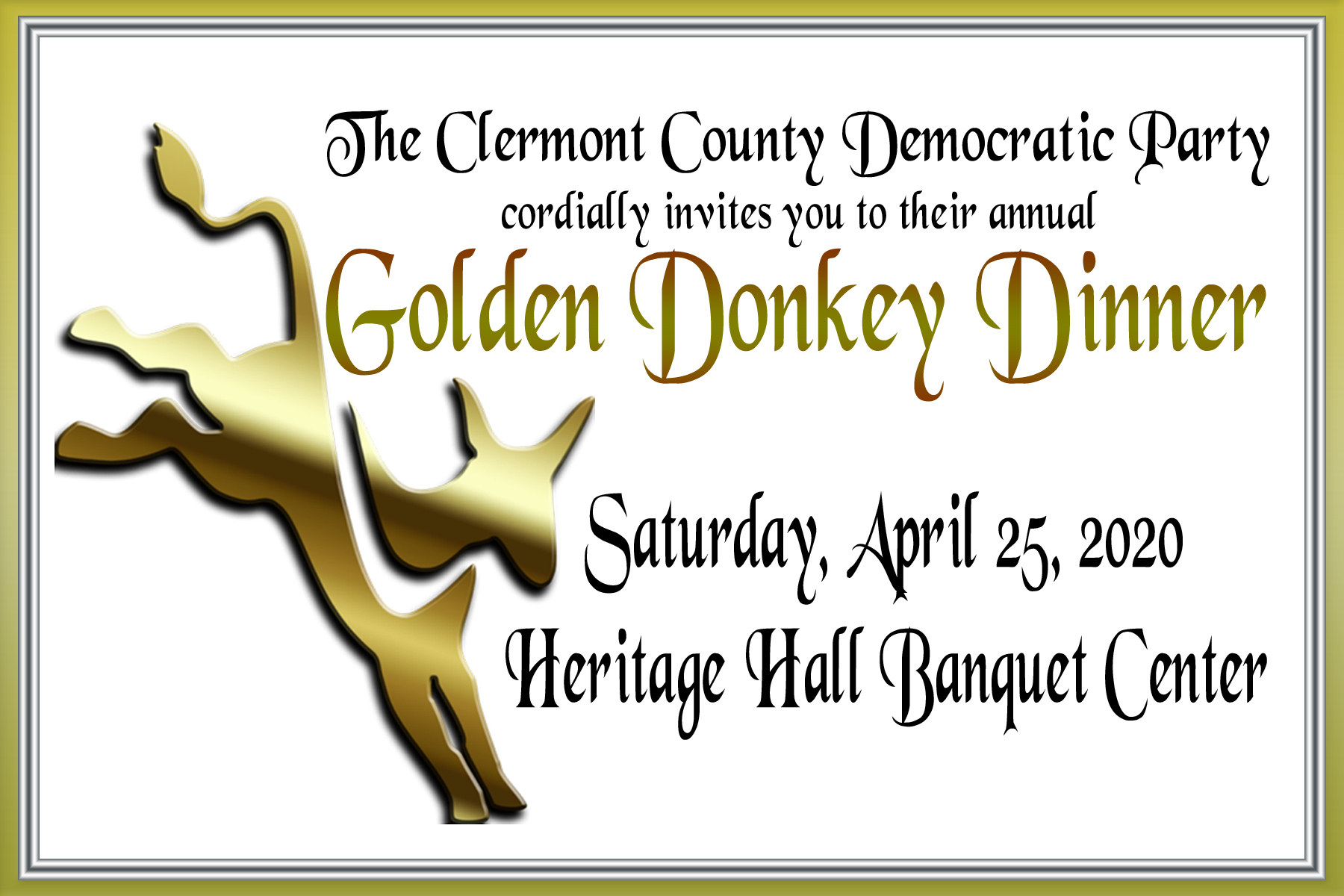 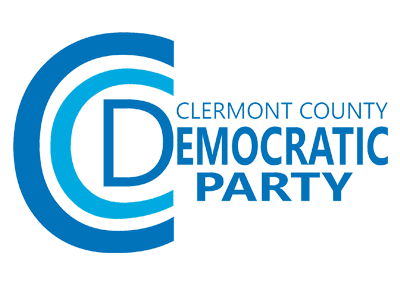